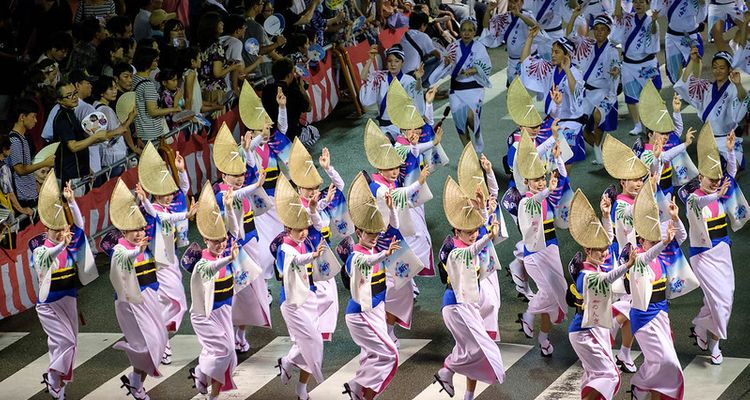 Japanese love to celebrate every small or big event of life. Whenever you visit, you will find some event happening in the cities. There is a central theme of the festivals, and the celebration is complete with games, food, and entertainment. Yuki Matsuri or the Sapporo Snow Festival happens during January or February and goes on for a week. Since 1950, it has become one of the biggest cultural events where snow sculptors from different corners of the world feature their ice and snow sculptures. More than two million tourists flock to Japan during this time.

And if you have travel plans during eh month of March, you il be lucky to witness the Omizutori Festival- the festival of scared water-drawing. It continues for a couple of weeks in the city of Nara. It is a Buddhist festival, and the purpose of the ceremony is to cleanse the sins of all people. Cleansing the negativities make way for the usher of spring. On the completion of the festival, the cherry blossom bloom begins. Various events happen during the festival. But the most significant one is Otaminatsu. There are giant torches, almost eight meters long. The Japanese light these torches, walk to the top of balconies, and shower down to the crowd below.

July is also happening for the japan festival Gion Matsuri happens. The festival begins as a ritual to purify and appease the Gods, who cause natural disasters like fire, floods, or earthquakes. The popular event goes on for the entire month, with some different events happening at multiple locations. It is one of the Kyoto culture’s biggest celebrations, and the favorite events usually occur on the 17th and 24th of July. Yoi-yama event will be the most attractive part of the festival involving the float procession. It will be a three-evening long event. So dress up, lay your hand on the yukata and have fun.